The Catholic Man Show - When, Where, and Why of the Incarnation 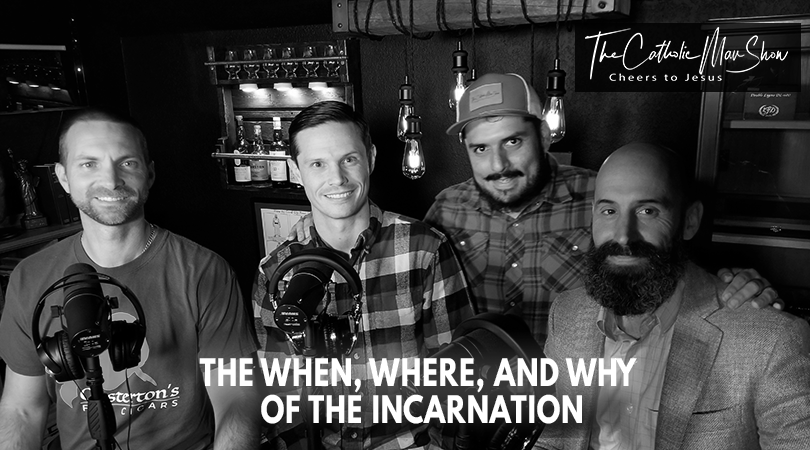 Why did the Incarnation happen when it did? Dr. Richard Meloche, President of the Alcuin Institute, joins us to discuss this and the Regensburg Address

Fans of Boulevard Unfiltered Wheat Beer will be able to enjoy the iconic ale like never before:Â Â as a whiskey. The collaboration with Iowa-based Foundry Distilling Co. turns nascent Unfiltered Wheat into 89 proof Midnight Ritual, an American malt whiskey.

We take a unique reflection on the Incarnation with our guest, Dr. Ricahrd Meloche. We ask why Christ was born during the time period he was and what the significance of this. We look at Pope Benedictâ€™sÂ Regensburg lectureÂ while enjoying a sip of whiskey and puffing on a pipe.

About The Alcuin Institute:

Officially launched on Oct. 7, 2018â€”the feast day ofÂ Our Lady of the Most Holy RosaryÂ â€“ theÂ Alcuin InstituteÂ is an educational and cultural institute that oversees the formation of Catholic leaders and educators throughout the Diocese of Tulsa & Eastern Oklahoma.

TheÂ Alcuin InstituteÂ for Catholic CultureÂ seeks to cultivate in the Diocese of Tulsa & Eastern Oklahoma forgotten, and often forbidden, realitiesâ€”such as virtue, chivalry, valor, self-denial, a fondness for things of the past, and theÂ real mirthÂ found in friendship in order that truth, goodness, and beauty may prevail.Â In doing so we hope to become a bastion forÂ authentic Catholic culture.